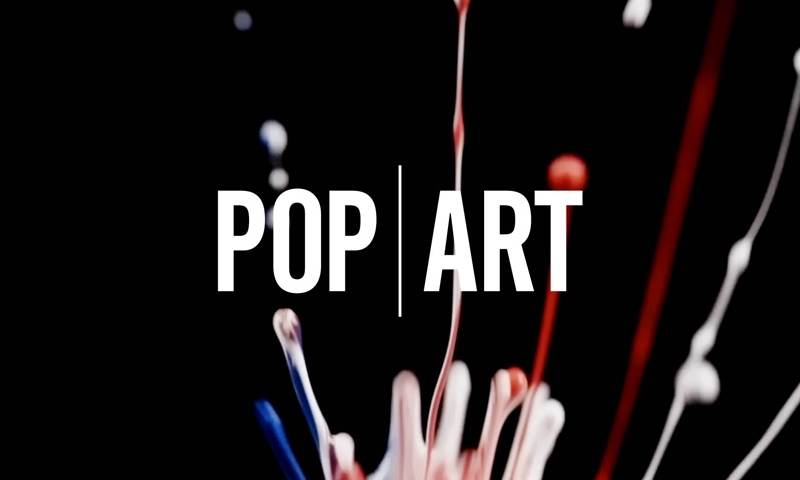 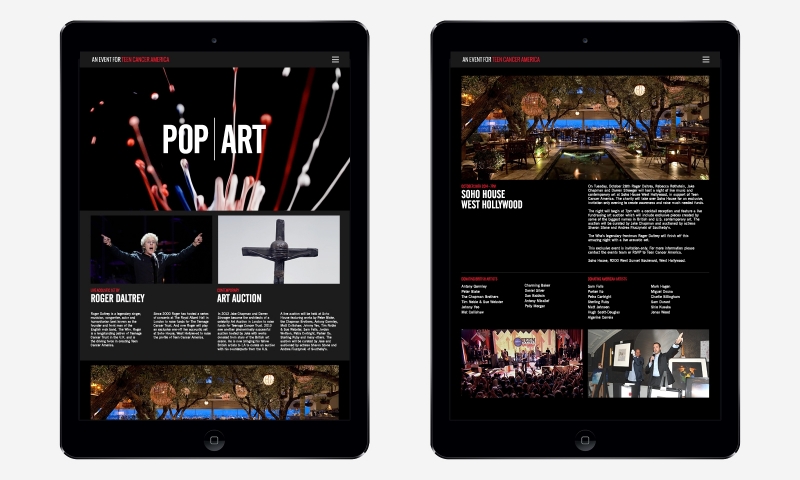 Our latest adventure takes us to Los Angeles, where we have created the event branding, promo film and website for an exclusive ‘A-list’ night at Soho House, West Hollywood. Roger Daltrey and Jake Chapman will be hosting this extraordinary night of high-end modern art and live music to raise funds and the profile of Teen Cancer America.

Pieces created and donated by some of the greats of contemporary British and U.S. art, including Damien Hirst, Peter Blake and The Chapman Brothers, will be auctioned on the night by none other than actress Sharon Stone. The charity was set up by Roger Daltrey and bandmate Pete Townsend, and The Who’s legendary frontman will finish off the night with a live set.

Our promo film ‘Pop/Art’ takes The Who’s classic Mod emblem and turns it into a work of art created by the vibrations of their music. Filmed in slow motion and edited by our talented friends at DHP Studios, the promo is featured on a website and invitations sent out to the exclusive guest list and will be screened at the event in LA on October 28th.